5 gels starting a business – "Cosmo" beyond the scope of

5 gels starting a business, named – "Cosmo", Today 25 employees and plans to open a branch in the 4th. Rare ornaments decorated accessories deserved international approval and will soon be sold in many countries around the world.

as "Cosmos" One of the founders, Designer Sophie Mukhulishvili "Biznespresnius of" stated, The company has only recently returned from Hong Kong International Exhibition, where potential customers are successful agreements reached. 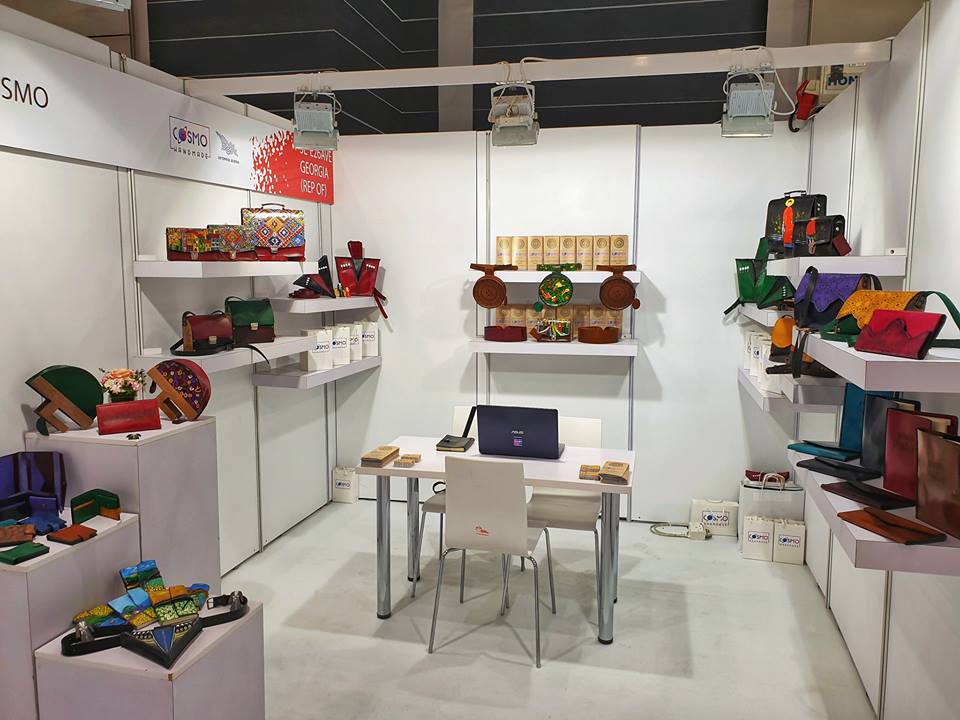 As Sophie said Mukhulishvili, Hong Kong "space" had the leather accessories – bags, Purses and Belts. The, The company produced two models of bags, Among the best hit.

"Hong Kong is very satisfied with the back, because everyone liked our products. noted, that was different. accessories created in the Georgian issue. In particular, Traditional ethnic style of the modern. Before they knew, that it was the Georgian products, Before and after the like, When I told all the history of an item, Their reactions were overwhelming. For us, this exhibition was special, we saw that our weaknesses. All cared, our products to any other country or runs. For some it was a risk, Before that other countries have not cooperated. Therefore, We'll reinforce this direction ",- Sophie says Mukhulishvili. 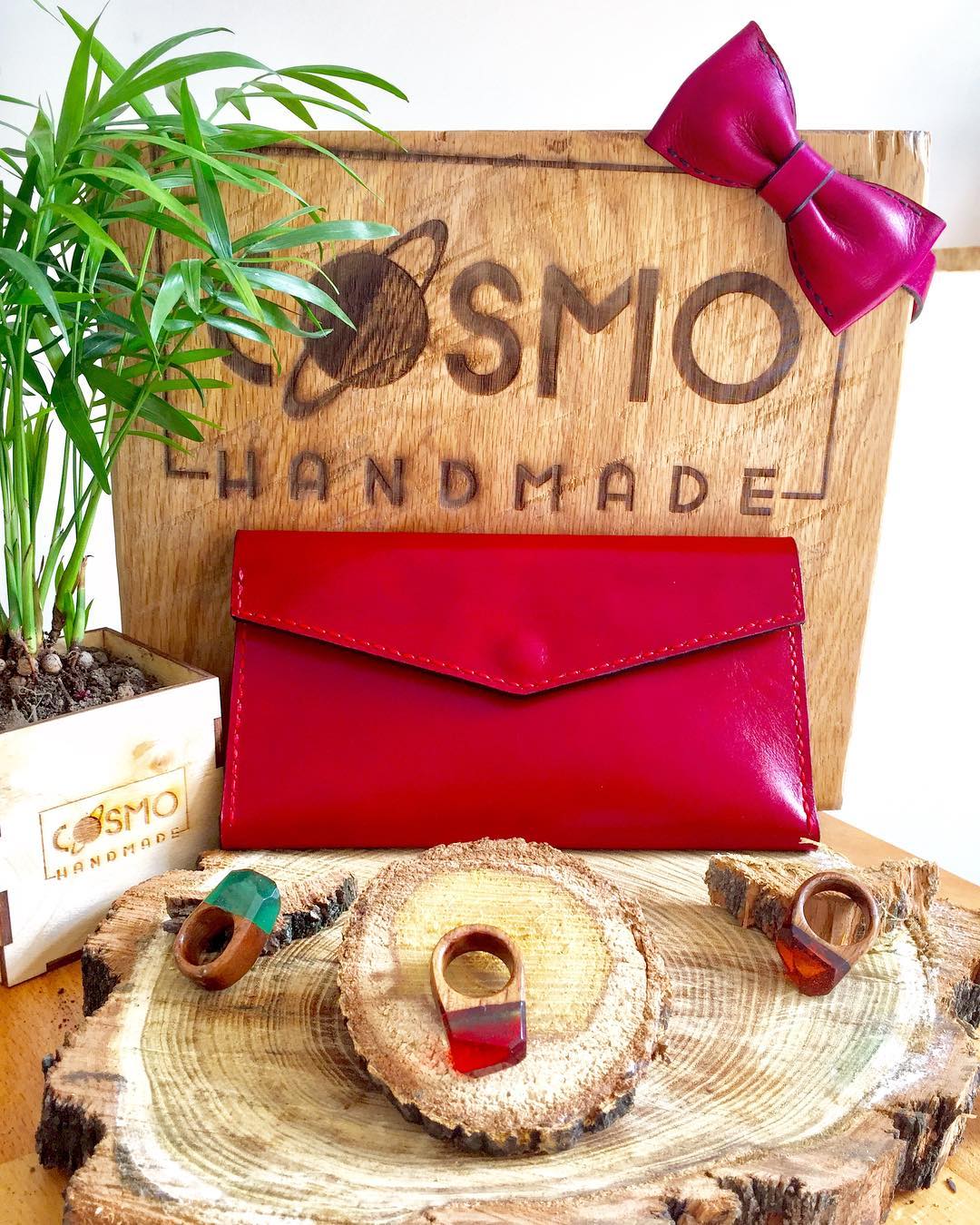 As to the interest, dizineris information, "Kosmom" greatly appreciated, The Hong Kong, as well as the US, Sweden, South Korea and Kuwait representatives.

"The Hong Kong 2 suggestions received and now we are waiting for it to send catalogs. The interest came from Sweden, US-knife. I would say the US, the designer Ms interested in our products, It has its own stores and sells online as well. We finally reached that agreement, the need to create a joint model. Besides, We had a variety of ideas, Perhaps an, we'll agree. Also of great interest is coming from South Korea and the kuveitidana ",-Sophie says Mukhulishvili. 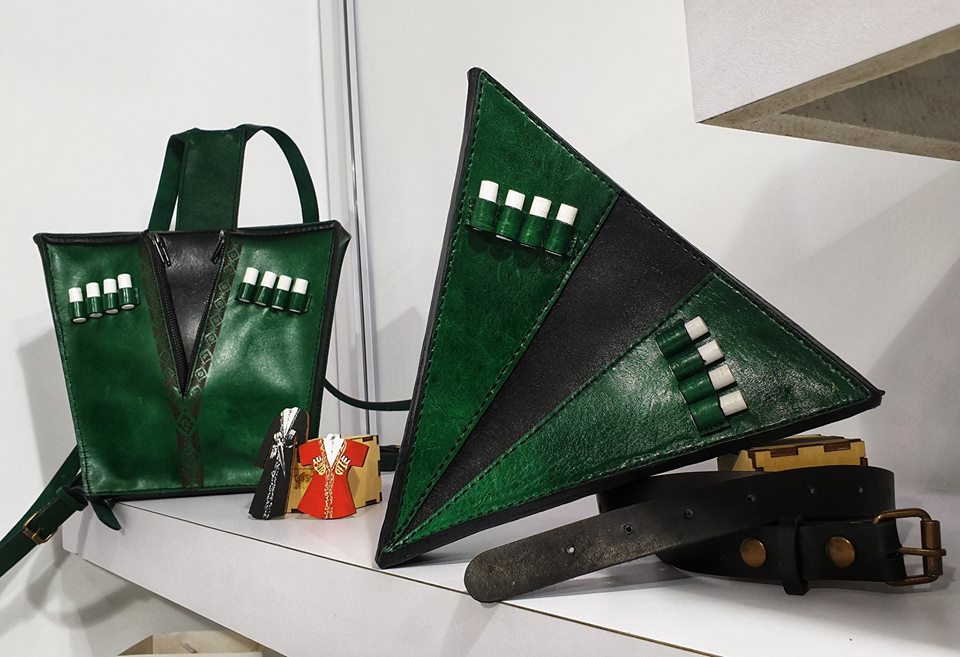 As the designer notes, Negotiations with representatives of the countries of the "space" of various brand stores and online platforms placement. At the same time, the company to sell its products to Azerbaijan.

"Despite the fact, that this was not the visitors at the exhibition Azerbaijan, Hong Kong exhibition, Azerbaijan sent some models and soon even sold our products. In particular, Purses and Earrings. think, Spring sales from the other points to clarify ",-Sophie says Mukhulishvili. 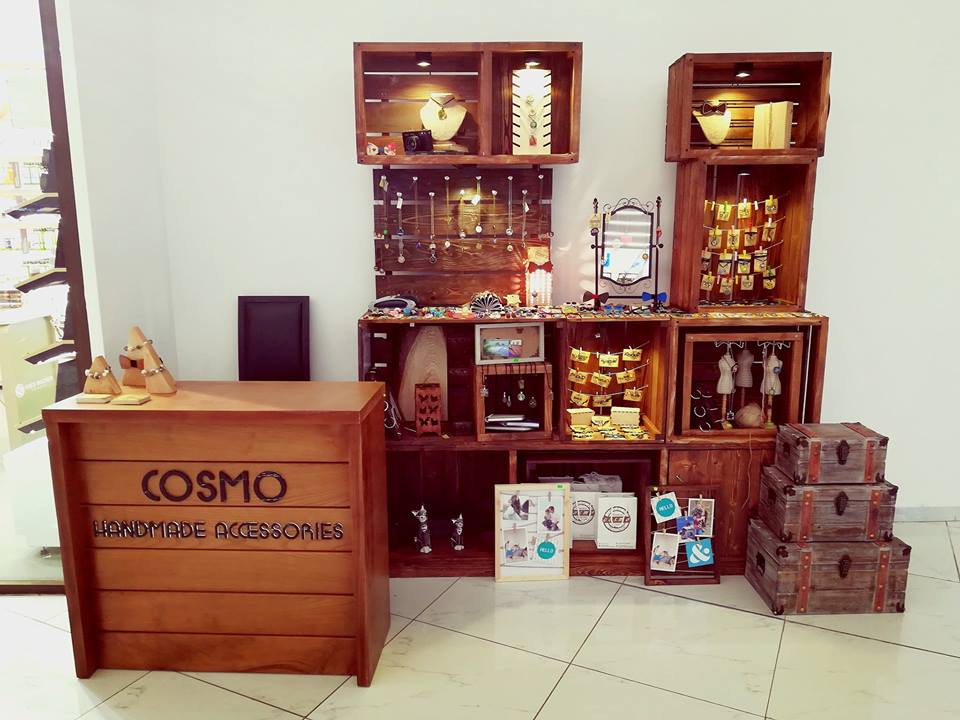 Worth mentioning, the "space" to create history 3 year and 6 believes month, Investment capital is the only 5 GEL. As the designer notes, At the beginning of the only models 2 people worked, Now the number of staff by 25 meters. 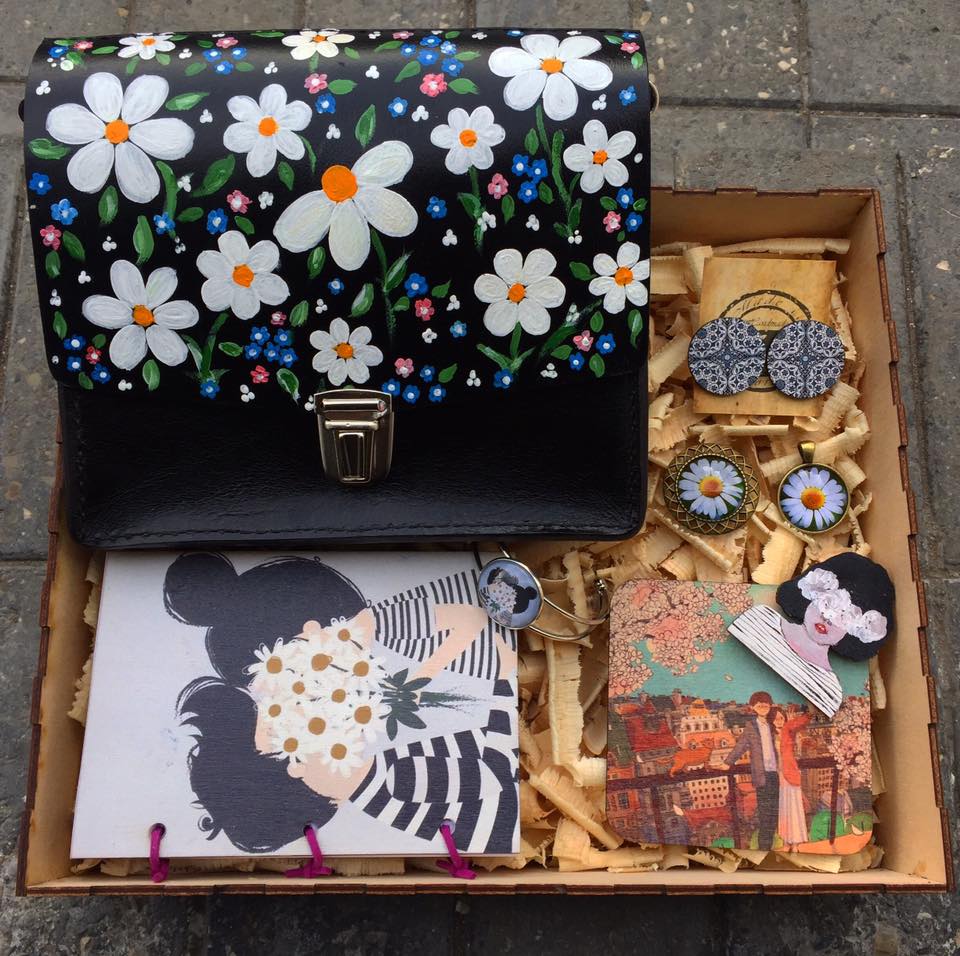 "5 GEL was our initial capital. From the beginning 2 We were human, Me and Tamar, Then there has been the expansion of the team and at this point 25 We are a full-time employee. think, That we will expand further. It is true that we started production in 3 and a half years, However directly on leather production 1 We moved years ago. Before that we were producing wooden accessories, Which we are still preparing today. Today has been a lot of things on offer users. In particular, accessories, bound, Albums, bags, lamps, etc.. already 3 branches have. One of them is a workshop-showroom, Where the customer can attend the production process and participate himself. We also work with a number of shops, In Batumi, Tbilisi and Kutaisi, where our products are sold ",- Sophie says Mukhulishvili. 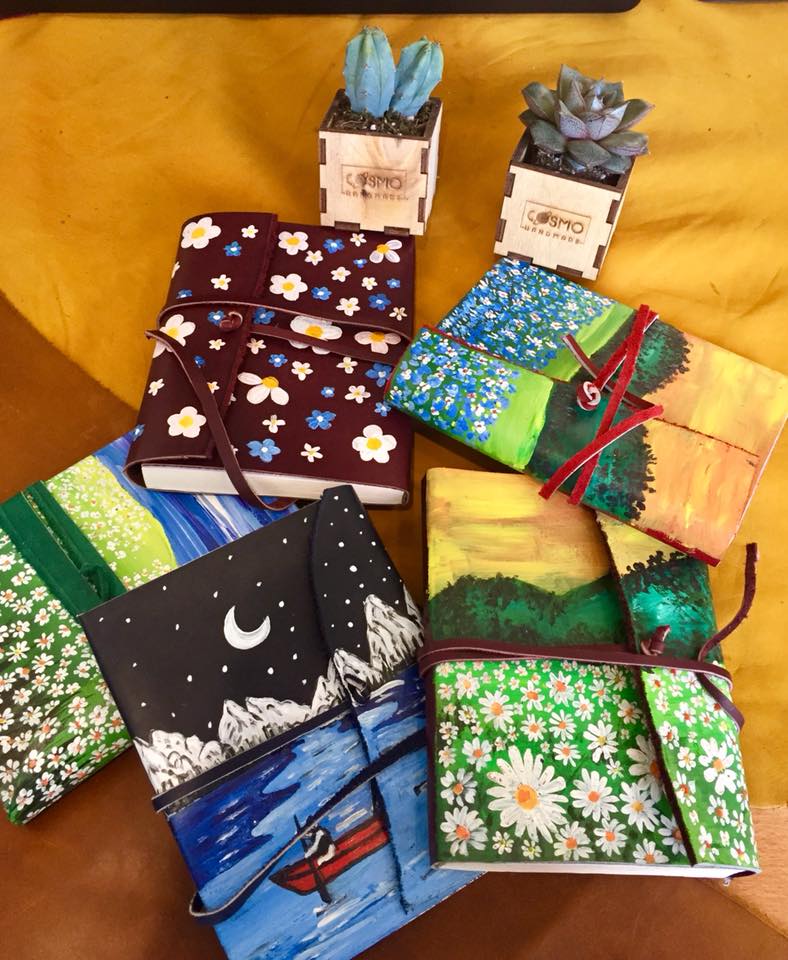 According to the designer, The company mainly uses Georgian raw materials to create models, However because, That some details are not produced on site, Other countries have to import. 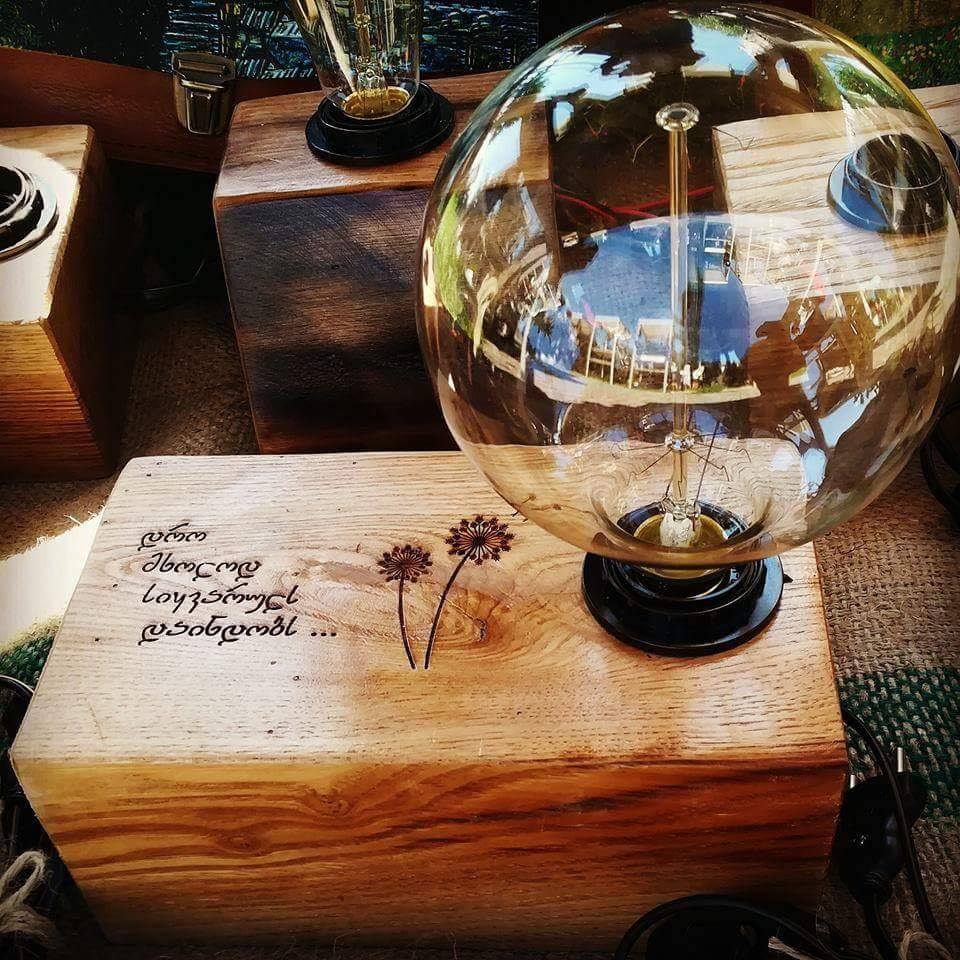 "We use as Georgian, and exported raw materials. for example, leather and wood, In particular, Georgian walnut wood. The latter is a unique raw material, Because it has the darkest wood in all of Europe and is quite popular. This region of the raw wood to bring enterprise.

As for the imported raw materials, We mainly import from Turkey and China. These are metallic details, for example, Earplugs, etc.. We have to bring it because, That it is not physically produced in Georgia.

Unfortunately, There are constant problems in the Georgian market regarding raw materials. for example, Leather color, it is possible 11 The month is a failure and no specific color is produced. Or the problem may be the thickness of the leather. That's all, of course, Hinders production, We try though, To perceive this as a challenge and solve the problem somehow ",- Sophie says Mukhulishvili

As for the "space" products prices, According to the designer, 4 GEL and 590 GEL.