2018 the foreign debt of half a billion dollars

chart: the foreign debt to GDP 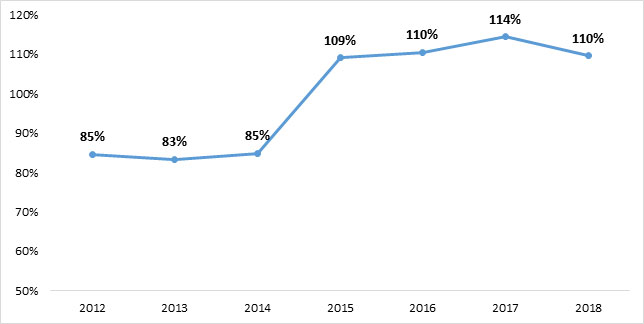