Stalin's house in Abkhazia – horsehair furniture and a unique interior

Stalin who is one of the villa still seen, He had the house 70, assured, the dictator stood thoroughly conservative taste, His style was all a country house. almost identical facades, Rooms, building and decoration materials, Modesty, Here, What was characteristic of his residence for all (See also Stalin's dacha in Sochi). of Stalin 5 Cottage had, Some perspective he had not seen, we can not claim to one of the favorite summer residence, which is located on Lake Ritsa. This was his favorite resting place, who with his family was often visited

probably wondering, How to look at this person's favorite historical place.

cottage almost invariably has retained its original appearance, However, as all the buildings in Abkhazia, This building is in need of major repairs. they say, This rocky place that Stalin chose the boat crawl, That is also the residence of the rock chashenda. construction of the residence of the prisoners were taking part in the, Rocky is the total of the adjusted manually. 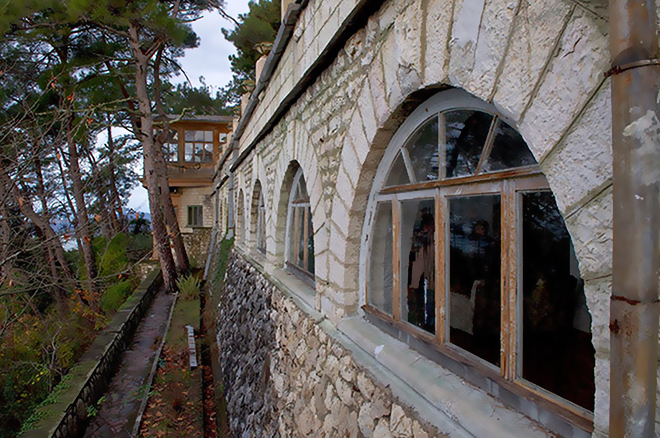 Cottage at an altitude of three hundred meters. The main building looks quite modestly. The interior is distinguished by its refinement. presidents and governors here probably do not even sheikhedavdnen. Here are the details of each leader's manic caution indicates. Outdoor lighting poles as low, Also house facade green color of his disguise was conceived. 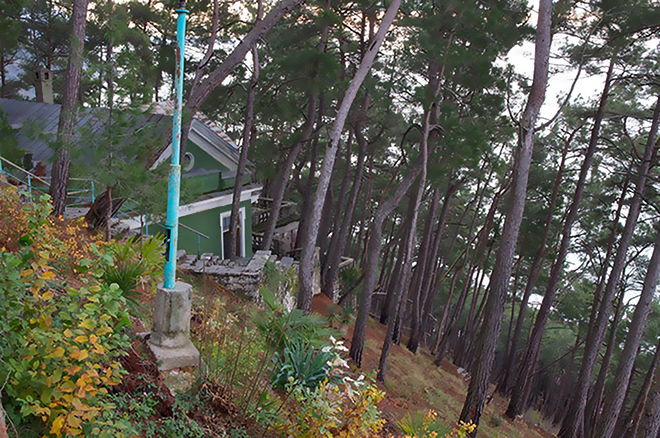 Basement floor of the annexe, However, he was burned and left only his sadzirkevli. In Addition to the photo archive have been. 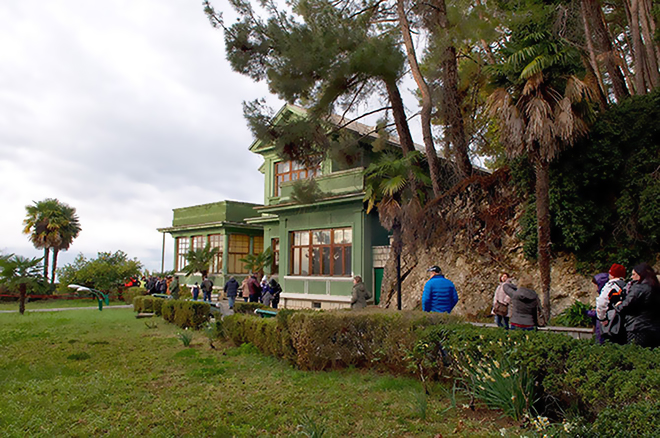 The main theater is arranged resting, billiard room with a fire-insulated and bathrooms. The windows overlook the Sea. Here is very clean, fresh air. 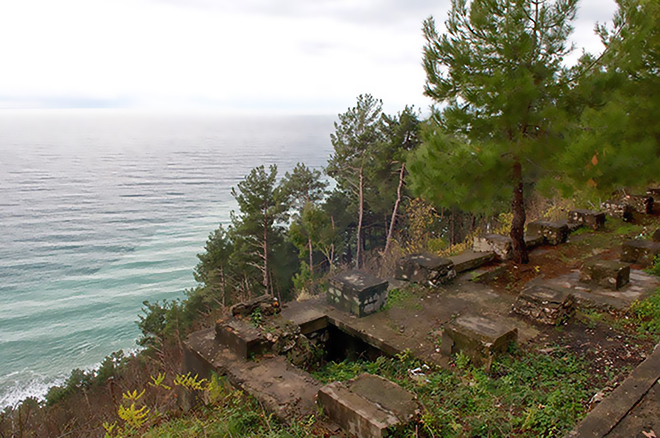 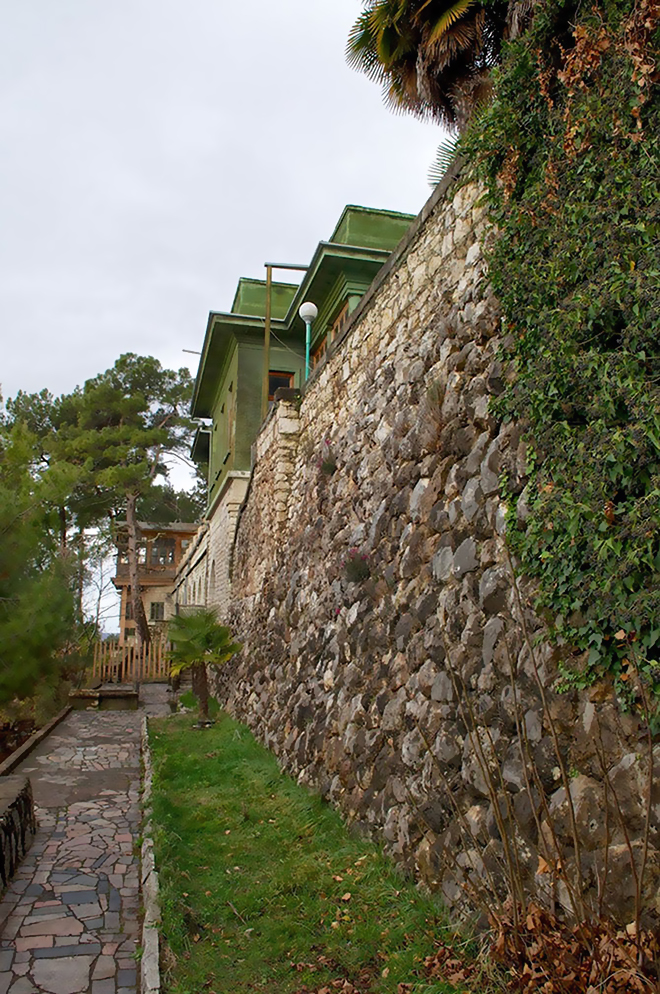 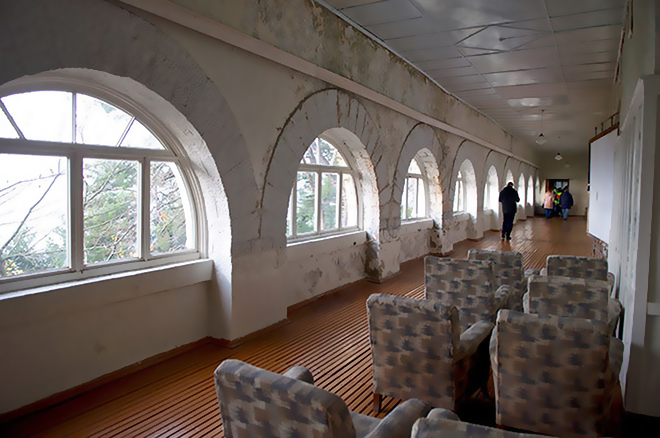 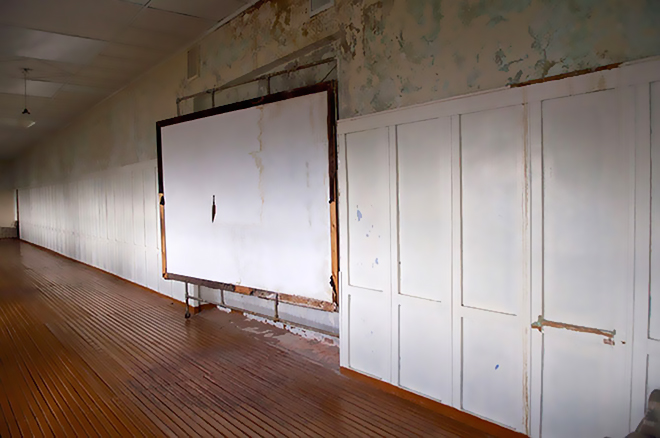 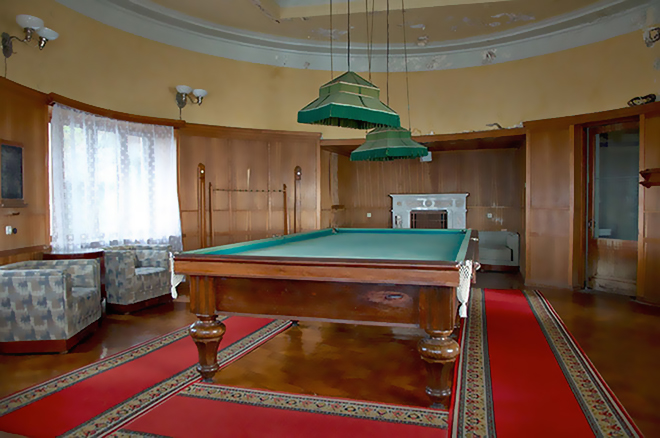 worship leader billiards. they say, In the billiard table with the people was at stake,, Here losing life. Seats, as well as other furniture, dzuit horse is gamotenili, There is one chair or bed has spring. horsehair furniture is currently the density of the, bulletproof considered. 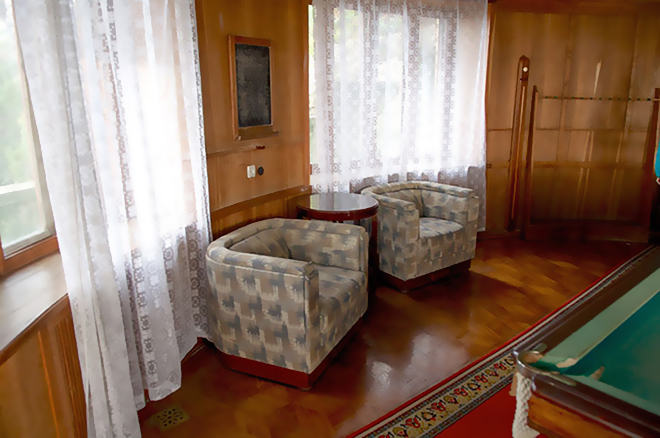 known, Stalin did not like the new items. He loved nothing new. When he designed the new cottage, required, the furnishing and building materials, Furniture and rooms as well as the formation of his home in the Kremlin have been identical. All the rooms were covered with wood gaulakavi. Stalin considered, that spot under the tree could not breathe. Wood floors were oak.

It is light and light love, So every room had a semi-chamobnelebuli, The only room, which was galakuli, the living room, He is one of the African tree was decorated and considered, If that does not gailakeboda, could harm health. 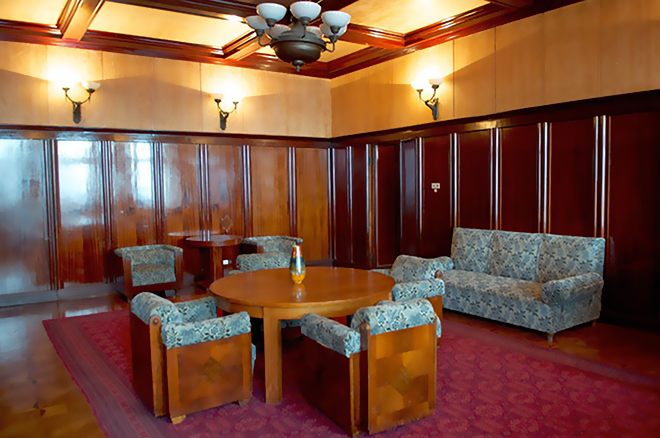 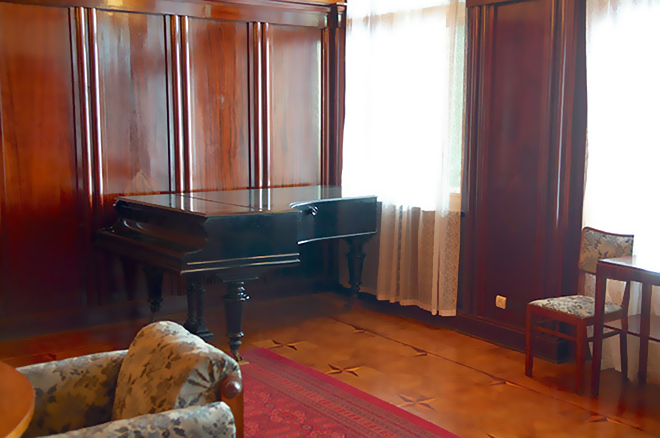 This room is the ideal shape of a square. All wall panel with built-in door unnoticed. When Stalin took anyone, curtains on chamoabnelebda, mokalatdeboda a corner, No one has to ignore them and gazing. room a human behind closed doors and he inadvertently found himself in a dark empty, windowless room and ukaro. Clean Psychology.

rarity of the room stands a grand piano. As they say, Such a grand total of four in the world and one of them is standing here. 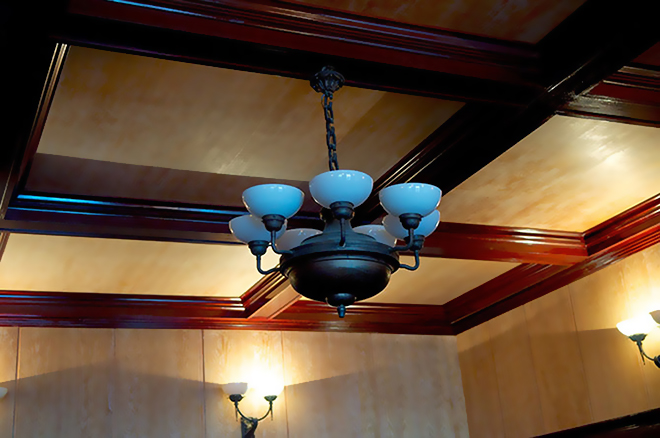 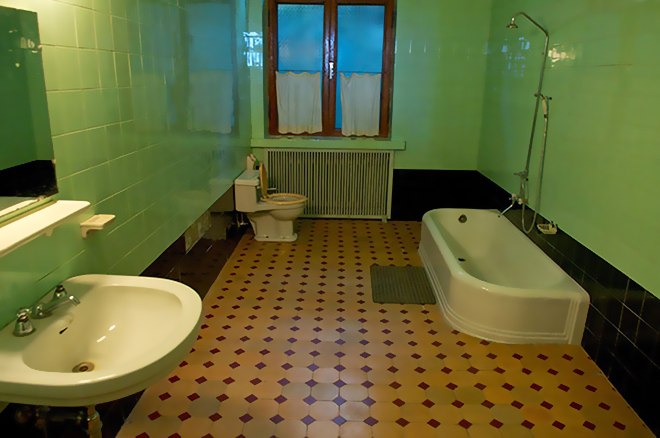 Stalin is performed according to the standards of the bathroom. Here, everything is very small and simple, However, there is one factor – Stalin did not know swimming, Sea water is always advised by doctors. So here is the system, through which the water directly from the sea within its bathroom.

Dining
As all citizens, He also loved the Cape. even then, If he was dining alone, Several people have been laid on the table and no one knew in advance, Which place would sit. 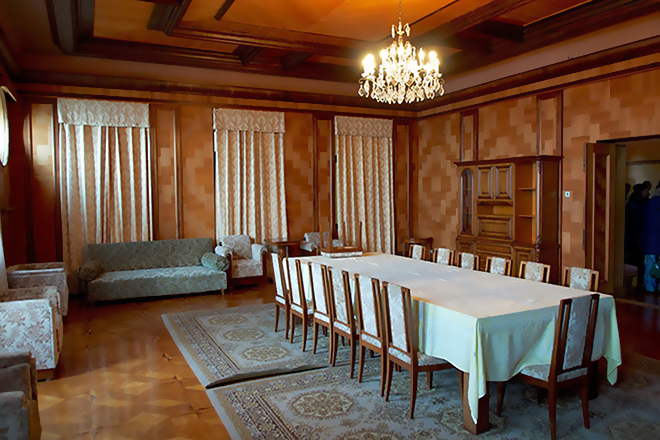 guests at the feast he liked to get up from the table suddenly, go to the mirror and align Kittel, The guests watched a silent mirror. 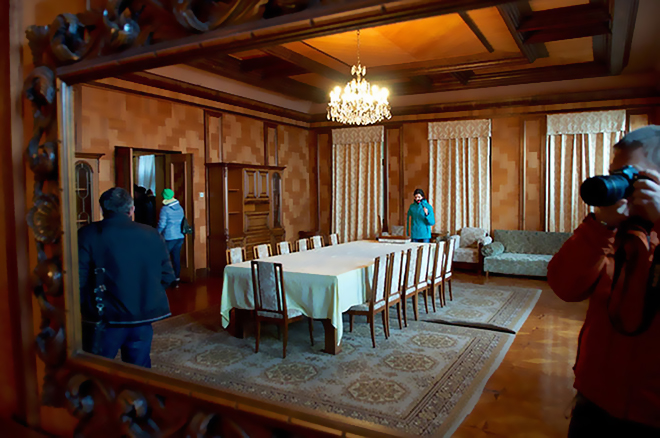 As for mopirketeabs, There is not a single nail is used either, the total mosaic. 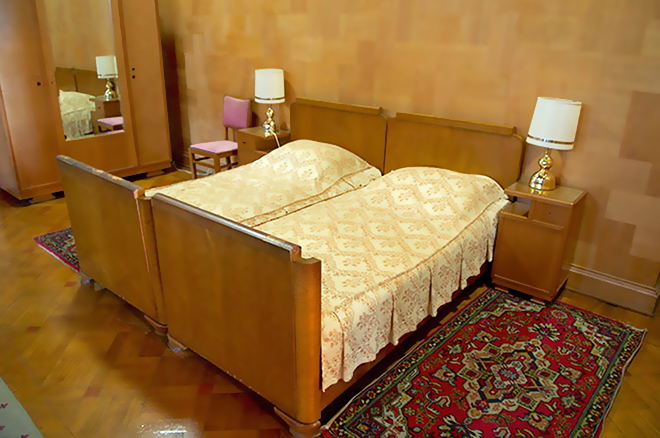 Joseph is a relaxing five bedrooms from one elected, But no one knew in advance, which would specifically. No one had the right to enter his bedroom without prior permission. This habit of fatal, nobody dared to enter his bedroom, When he fought against death. It lasted for about 12 Clock. 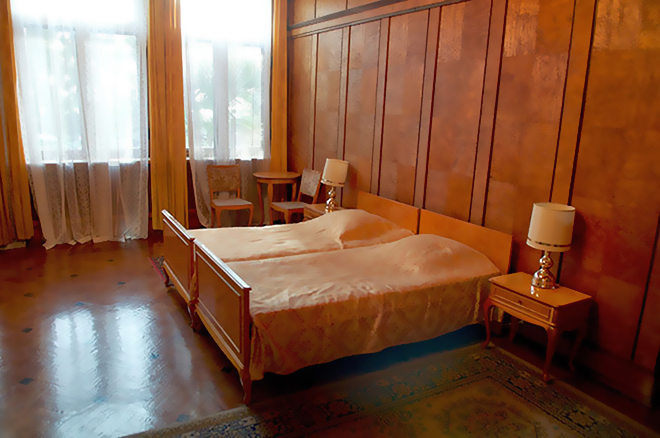 the bed is made by economically acted, What was needed 180 cm-long bed, If he was not so high. 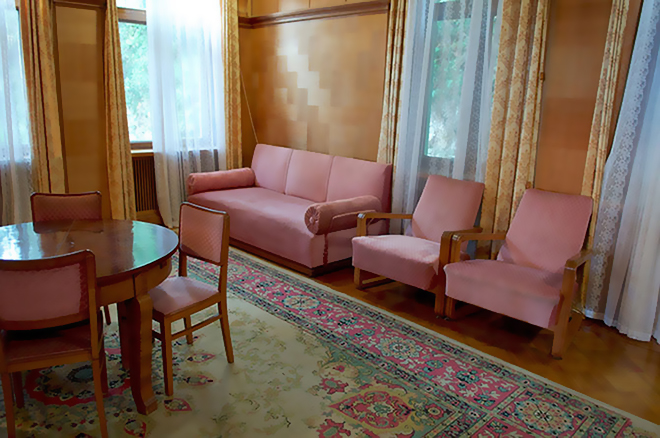 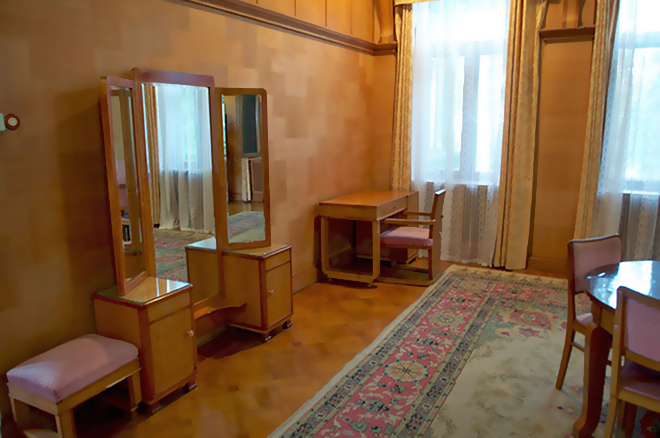 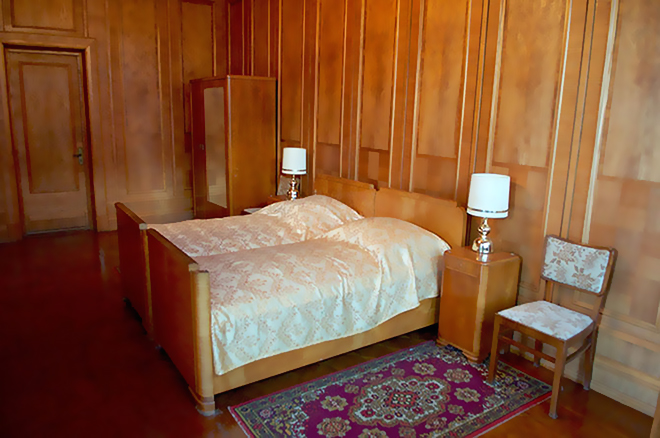 In the bedroom, According to tradition, Became friends hosted women. they say, Here most of the soft beds. The bedroom has a separate exit to. 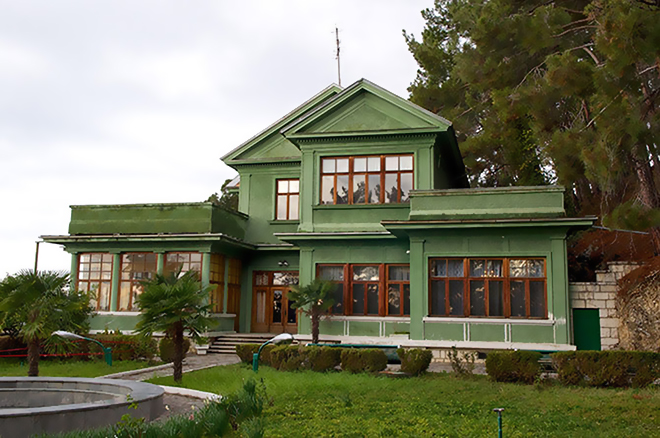 The second floor of the club is prohibited. Here the current residence of the President of the unrecognized Republic of Abkhazia.