Which countries have more people to fly most of the airports

"Biznespresniusi" interested, Which countries are most often ends with `flights, Batumi and Tbilisi International Airport. Ministry of Civil Aviation, according to information provided by the.

2018 In the airport the number increased to 34 and added Spain, Italy, Oman, Romania, France, Slovakia, Hungary, Saudi Arabia and Belgium.

2018 year 5 the most popular in the country from the airport: (Statistics also includes a flight arrives) 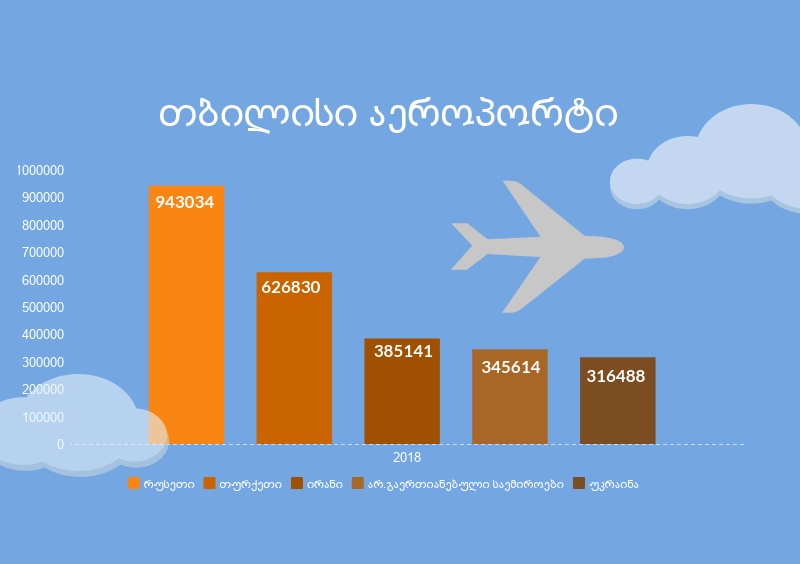 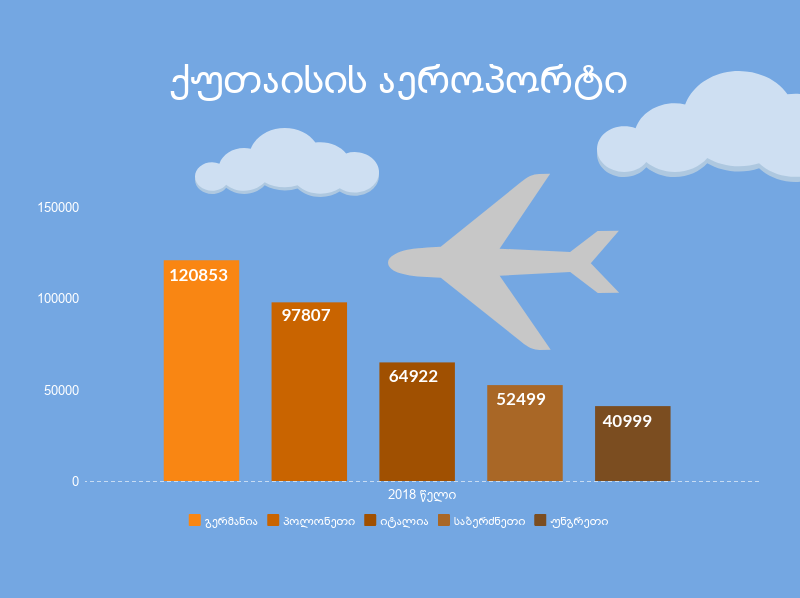 2018 In Batumi International Airport Number of passengers increased by 20%.

As for the flight from Batumi airport, 2018 The airport in the direction of flight: Russia, Turkey, Israel, Ukraine, Belarus, Iran, United Arab Emirates, Kazakhstan, Jordan, Lebanon and Poland.

As for the most popular countries from Batumi, 2018 in: (Statistics included in the flight, Also Arrival) 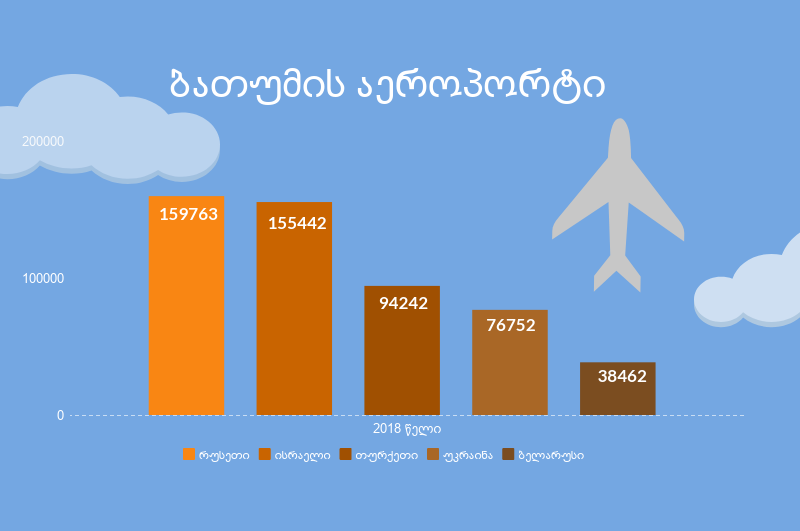