In February, the Ministry of Economy 4.6 percent

According to preliminary estimates of the National Statistics Office, In February this year, February compared to the previous, Georgia's economy grew by 4.6%. two for a total of, In January-February of the economic growth rate of 4.1% in. 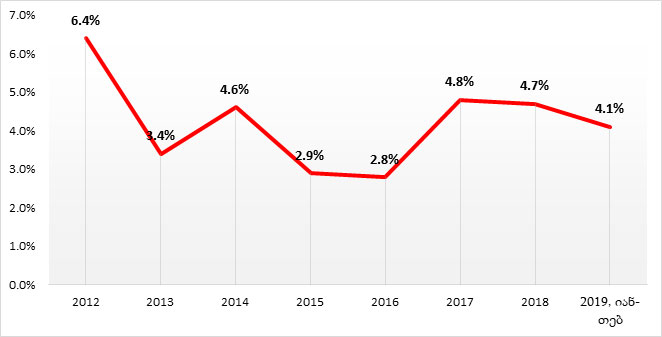