It was reported by the City Council Chairman George Tkemaladze.

According to him, the sixth convocation will continue step by step.

"Today's decision is said to have been granted in six parts, and then the rest of the streets will be named. Today's Commission decision in accordance with, We further procedures, about two or three weeks we will have the opportunity to, City Council meeting that a final decision ", – said George Tkemeladze.

Tbilisi streets 9 Names of those killed on the granting of the City Council, Denomination and Symbols Commission today discussed. As for the five dead, which are approved, Their streets are named after the areas where they live, according to the table. 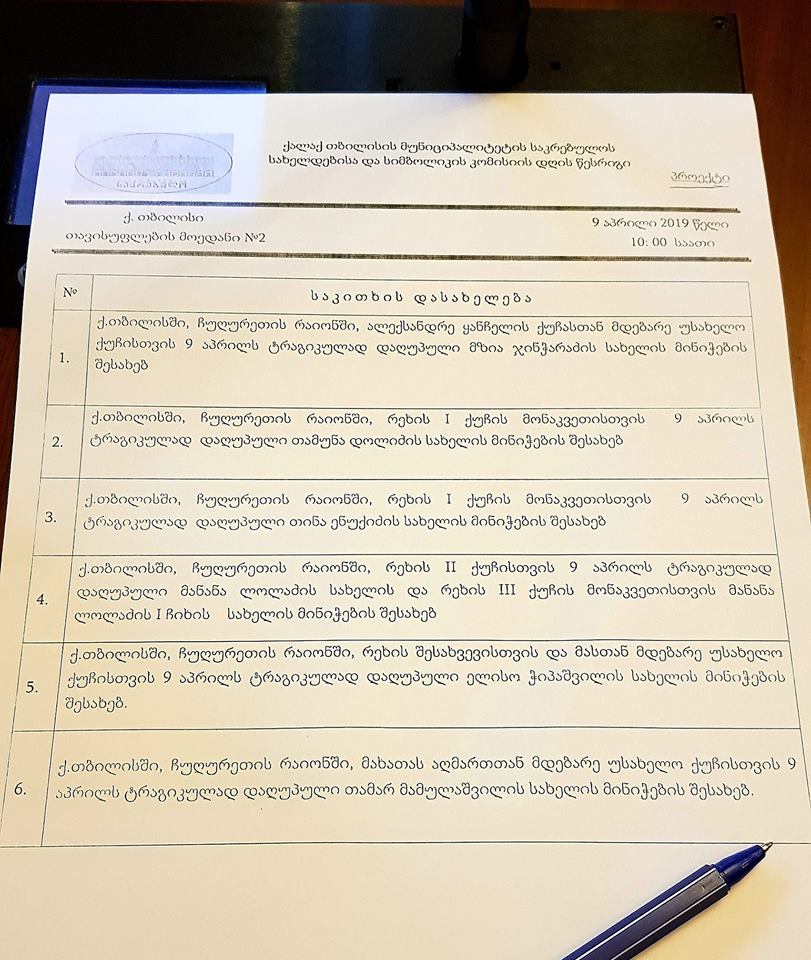